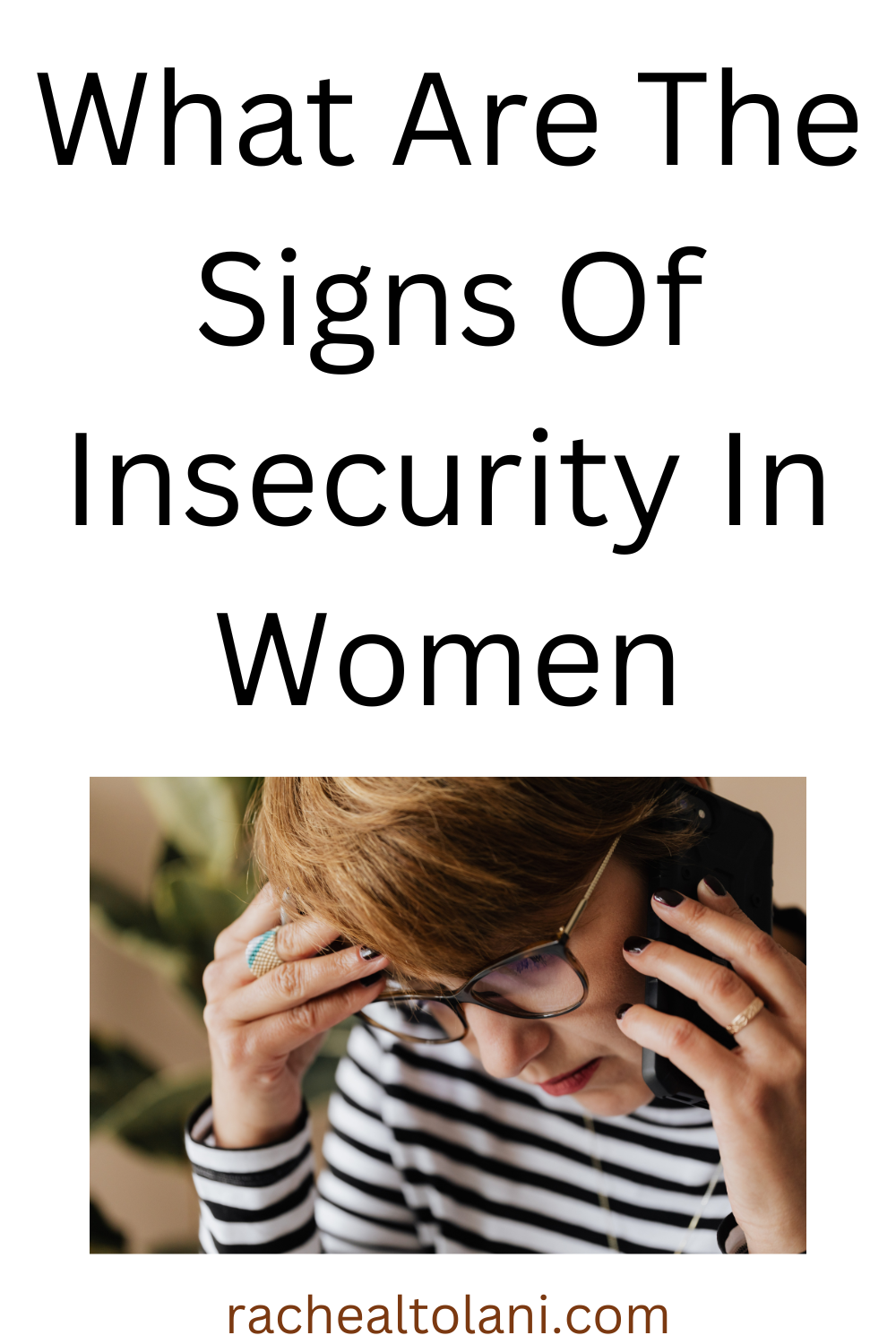 Insecurity can be an issue for all genders. It can manifest itself in a number of ways, and it’s important to recognize the signs before they become a problem. Women can be particularly vulnerable to insecurity. Therefore, how to recognize signs of insecurity in women is highly recommended.

Insecurities can be common in all people, but women in particular may struggle to accept themselves as they are. It’s good to know the signs of insecurity in a woman so that you can work on helping yourself to build confidence and self-esteem. Let’s take a look at a few signs of insecurity to watch out for.

How to identify insecure women

When it comes to relationships, we often think of the signs of insecurity in men. But what about women? Women can also struggle with insecurity, and it’s important to know how to recognize the signs so you can provide support and understanding.

Here are some telltale signs that someone is struggling with insecurity, especially women.

One sign of insecurity in women is the need for constant validation from others. This could include seeking approval from friends and family on decisions or relying heavily on their opinions when making choices. Additionally, these women may be overly concerned with what other people think about them and may even go out of their way to please those around them.

Another sign of insecurity is an inability to make decisions without help from others. Women struggling with insecurity often feel overwhelmed by the idea of making decisions on their own, so they look to others for guidance or seek approval before taking action. This can lead to feelings of self-doubt and a lack of confidence in one’s own abilities.

Women who are insecure may also have difficulty trying new things due to fear or anxiety. They may avoid unfamiliar situations or activities because they feel uncomfortable being outside their comfort zone. This can lead to feelings of isolation as well as a reluctance to try new things that could benefit them in the long run, such as career opportunities or personal growth activities. Therefore how to recognize signs of insecurity in women will help you to overcome unnecessary fear. Because when you realize it is a problem. The solution will come.

Excessive anxiety and self-doubt are two common signs of insecurity in women. These women may overanalyze situations and second-guess themselves often. This can lead to a sense of helplessness and worthlessness that can be difficult to overcome without outside help or support. Additionally, they may struggle with feelings of inadequacy compared with peers or colleagues which can further exacerbate their anxious thoughts and behaviors.

When someone is insecure, it can be hard for them to accept compliments or positive comments about themselves. Rather than simply thanking the other person for their kind words, an insecure woman might respond with something like “It’s not true!” or “Oh no, I don’t think so!” If you notice someone responding this way when given compliments, it could be a sign that they have low self-esteem.

Another sign of insecurity is frequent comparison and jealousy of others. People who feel uncertain about their own worth might often compare themselves to other people. And it can make them become envious if they think someone else is doing better than them. This can manifest itself in many ways from making negative comments about other people or feeling down when seeing others succeed. So it’s important to pay attention to how your friend interacts with others and how she feels after experiencing success from others.

Constantly putting yourself down is another symptom of insecurity. Someone who is insecure may frequently criticize her looks, talents, or skills even when presented with evidence that these things are actually quite good. This type of behavior indicates that the person doesn’t believe in their own abilities, which results in constant self-criticism and loathing.

One sign of an insecure woman is that she may constantly criticize others or herself. This could show up as nit-picking, being overly critical of her own abilities or those of other people, or even making self-deprecating comments. If a woman feels insecure about herself or her abilities, she may try to boost her ego by criticizing others. This can be especially harmful if it’s directed at a partner in a relationship. So how to recognize signs of insecurity in women will show you if you are feeling insecure.

Another sign of insecurity in a woman is an extreme need for approval from other people. An insecure woman may not feel comfortable expressing her opinions without checking with friends first or needing reassurance that what she said was right. She may also have difficulty making decisions without consulting everyone around her first. This need for approval is often rooted in fear. The fear that she won’t make the right decision on her own or fear that she will be judged negatively by others if she makes the wrong choice.

Another sign of insecurity in a woman is defensiveness when confronted with criticism or feedback from others. An insecure woman may become argumentative if someone offers constructive feedback on something she has said or done. Even if the feedback isn’t negative or hostile. That’s because deep down, she doesn’t feel secure enough in herself to take criticism well. So instead, she becomes defensive and tries to push back against whatever criticism has been leveled at her. How to recognize signs of insecurity in women will help you to work on those areas that you’re struggling with.

How to overcome insecurity

It’s important to recognize the signs of insecurity in order to provide support for those who need it most. If you know someone who is displaying any of the above behaviors, consider reaching out and offering your assistance. Whether it’s simply listening or providing more tangible resources to help them get through this difficult time in their life. With patience and understanding, it’s possible for anyone suffering from insecurity to reclaim their confidence again.

Insecurities are common among women, but recognizing the signs can help you understand how best to support those around you who may be struggling with feelings of inadequacy or self-doubt. Pay attention to how your friends respond to compliments and whether they seem jealous or critical towards others.

These behaviors could indicate that they are dealing with some level of insecurity. Being mindful of these signs will help you provide emotional support and effective advice. So that your friend can develop their confidence and build up their self-esteem over time.

How to help your partner to overcome insecurity

However, insecurity can manifest itself differently depending on the person and their situation. But these are some common signs that you should look out for when assessing whether or not a woman is feeling insecure about herself and her place in the world. Understanding these signs can help you provide support and understanding during difficult times. As well as helping your partner feel more secure and confident in herself in the relationship and feel safer.

When you realize that your partner has a problem with insecurity, be a good listener and be patient with her. Don’t judge her rather look for a way to make her feel secure.

Seeking professional help can also be of great help when you feel insecure.

Best Ways On How To Change Your Mindset

1 thought on “How To Recognize Signs of Insecurity in Women”