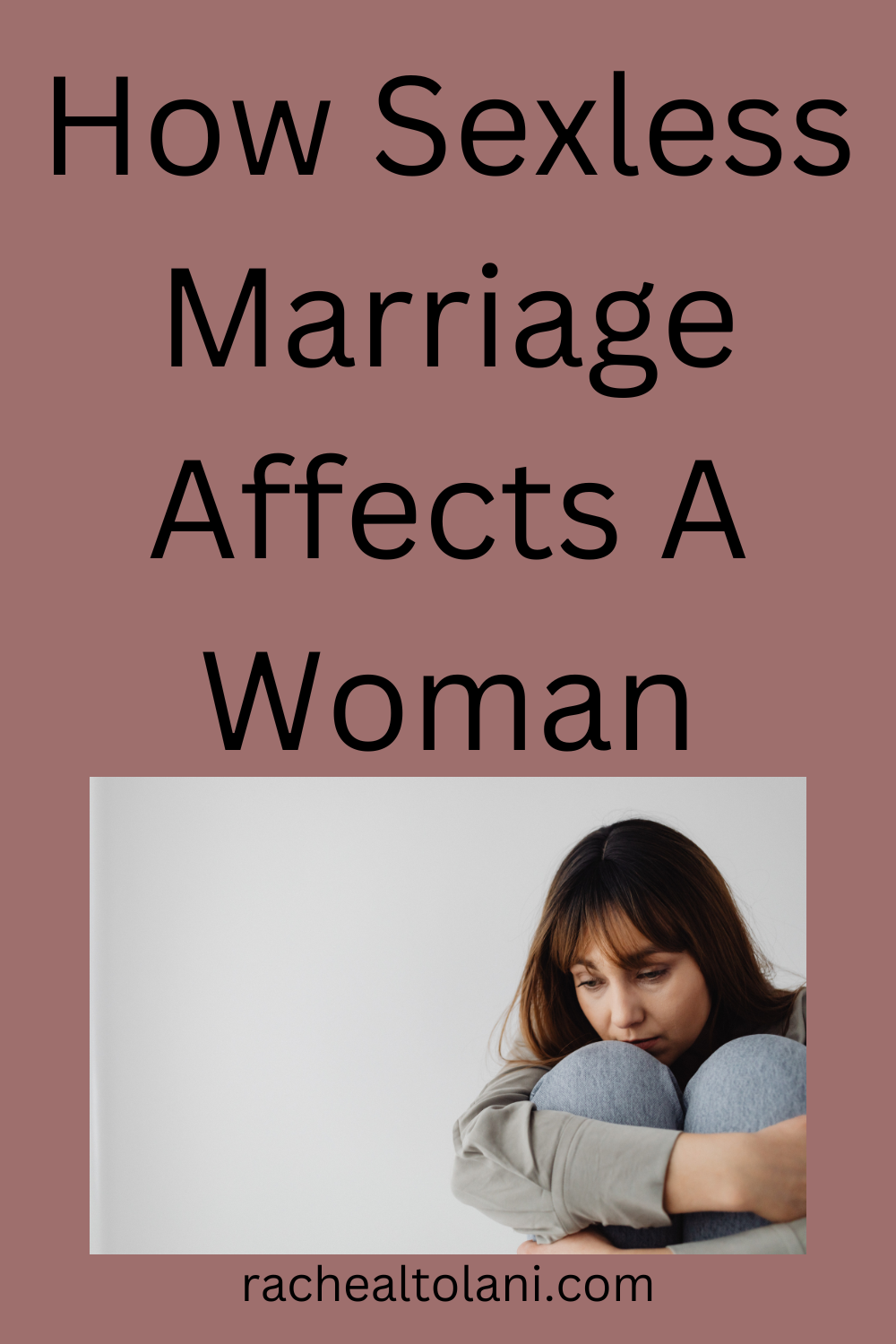 When there is a reduction in the sex life of a couple, it affects every area of the relationship. Because whatever happens in the bedroom has a direct effect outside the bedroom. It might not be a problem if both couples are on the same page sexually. But if one of the couples has a higher sex drive than the other and that expectation can’t be fulfilled, then it’s a big issue in a relationship. Therefore, these 12 strong effects of sexless marriage on women cannot be overlooked.

There’s no denying that healthy sex life is important in any relationship, but what happens when things get too dry between the sheets? For many women, a sexless marriage can result in negative consequences like fewer orgasms, decreased sexual desire, and even depression.

If you’re feeling down because of your lack of action in the bedroom, read on these different ways a sexless marriage can affect you. It will also help you to know what to do.

Factors that lead to a sexless marriage

A number of factors can give way to a period of sexlessness: physical or mental health conditions, having kids, stress, mismatched libidos, and communication issues, to name a few. Because the way sexless marriage affects a woman is even much more for men. A dead bedroom can bring up painful emotions, fears, and resentments that just push them further and further apart.

The bitter truth of sexless marriage

Is a sexless marriage actually that bad?

Have you ever been stuck in a marriage of isolation and yearned for attention, only to have your partner brush you off? I mean, they’re your spouse, right? Shouldn’t they know how you feel? And here we have another question – is a sexless marriage actually that bad? Yes, it is and it depends on which side you’re looking at.

However, here are some effects of sexless marriage on women that offer more credibility to this problem.

Science has proved that sex is essential for a man but what about women? Science says that women lose the ability to find a good relationship if they do not have their needs met by their husbands. The results of women suffering from sexless marriages have a long-term effect on not just the physical health of such women but also their mental health.

When people get married, they expect to spend the rest of their lives with their spouse in joy and happiness. Because sex makes women happy, unfortunately, not every marriage instead of being a source of joy can become a source of psychological stress and unhappiness.

But when you think about it, why do so many people complain that married life has left them dissatisfied? It means they’re not satisfied sexually.

Why sexless marriage is a big problem for women?

In this article, we’ll look at why sexless marriage is a problem for women.

Statistics say that 20%-25% of people in sexless marriages have racked up unnecessary health issues. And, an even higher percentage are reporting that they are unsatisfied with their marriage. So why is the rate of sexless marriages on the rise? What could be causing a rise in this alarming number?

Healthy sex life is important for a successful relationship

Sex is an important ingredient to a successful marriage. When this is lacking or reduced, the consequences can be huge for the entire relationship.

Sexless marriages are becoming increasingly common, but what effects do they have on women? While there isn’t a lot of research on the subject, experts agree that there are a few key impacts. Here are 12 of the most important ones.

Are you in a sexless marriage? If so, you’re not alone. In fact, research suggests that nearly 20% of marriages are sexless. While the effects of a sexless marriage can be tough on both spouses, they can be especially difficult for women.

1. Thinking of not being good enough

The effect of sexless marriage can make a woman look down on herself, thinking she’s not good enough even though she gets married to the man of her dream. Many women are dying in silence just because they don’t want people to know what they’re passing through. Some will be laughing while they’re actually crying and bleeding in their heart. It’s a good point from the 12 strong effects of sexless marriage on women.

The joy of every woman is to enjoy her marriage sexually and when this is not achieved, its causes heartbreak for them, because this is not their plan to be in a sexless marriage.

2. Feel disappointed in themselves

Some women feel disappointed in themselves for many reasons. For example, those women normally have pains during intercourse, and this has led them to be fearful when their men initiate sex. They’re emotionally disturbed and sometimes ashamed of themselves. Because they don’t have the power to change their situation.

Feeling disappointed because they cannot be as sexually aroused as they want with the man they loved. They feel like a failure in their womanhood role as a wife. They don’t want sex because of their situation. The sexless effect on them can make them feel lonely and not wanted. They’re not happy with themselves and are always full of anger because that’s not the way they want their marriage to be.

A lack of sexual intimacy can lead to feelings of inadequacy and low self-esteem. Women in sexless marriages often feel unattractive and undesirable.

When physical intimacy is lacking, couples can grow emotionally distant from one another. This can lead to loneliness and isolation, as well as feelings of resentment and bitterness.

Intimacy is about more than just sex. One of the most obvious effects of a sexless marriage is the loss of intimacy. When you’re not physically close to your partner, it’s easy to feel disconnected and lonely. This can lead to feelings of isolation and depression. It’s also about close physical contact, such as cuddling, hugging, and kissing.

When couples are not intimate with one another, they can lose the ability to connect on an emotional level. It’s another negative impact of the 12 strong effects of sexless marriage on women.

6. Decrease in quality of life

Many women in a sexless marriage can easily give up on so many things. For example, dressing up and looking good may be a problem, thinking about who am I dressing for, since I’m not sexually attracted to my husband/partner. Do you know that most women dress up to impress or attract their men? When that sexual feeling is no more there, they lose what gives them a life quality.

The lack of sexual intimacy can cause stress and anxiety for women in sexless marriages. This can manifest itself in various ways, such as insomnia, irritability, and difficulty concentrating. They can easily be distracted because their mind is completely far from where they are.

One of the most common effects of a sexless marriage on women is depression. This is often due to the loss of intimacy and the feeling of being undesirable. Depression can lead to a host of other problems, such as weight gain or loss, fatigue, and social withdrawal.

Not being wanted or needed sexually can take a toll on your self-esteem. You may start to feel undesirable or like you’re not good enough for your partner. This can cause serious self-confidence issues.

A lack of sexual intimacy can also lead to relationship problems. If you’re not physically close to your partner, it’s easy to grow apart emotionally as well. This can result in communication problems, resentment, and even infidelity.

Lastly, the emotional toll of a sexless marriage can be significant. Women in these types of relationships often report feeling frustrated, angry, and even humiliated by the lack of sexual activity in their marriage. They are not friendly.

If you’re in a sexless marriage, you’re not alone. In fact, studies show that 1 in 5 marriages are sexless. And while there are many possible reasons for why this may be the case, the effects of a sexless marriage can be very detrimental to a woman’s health and well-being.

Communication as a solution

Communication is the key to a healthy marriage, especially when communicating about sex.

While it’s not always easy to deal with our own emotional distress, it’s important that we do what we can to take care of ourselves. If you’re experiencing any of the issues listed above, please don’t hesitate to reach out for help. There are many resources available to you, and there is no shame in seeking assistance. Remember that you’re not alone, and with time and treatment, you can get back to feeling like your old self again.

So, what can be done?

The answer is not simple, but it begins with recognizing the signs of emotional distress in ourselves and in our loved ones. We need to create safe spaces for open discussion and healing, and we need to be willing to reach out for help when we need it. With time, care, and patience, we can all find ways to heal the wounds that have been inflicted on us both by our partners and by ourselves.

As a woman, I believe that sex is an important part of any relationship. While there are many couples where sex dwindles or stops, in some cases it can be revitalized if both parties are willing. Just because I’m pointing out the negative side effects of a sexless marriage doesn’t mean I don’t understand how hard it is to change things, especially when you’re comfortable with them being the same way they’ve always been.

However, don’t keep quiet, reach out to the people that can help you professionally. The power to change things is in your hand and your story will definitely change. You will enjoy your man sexually again.

1 thought on “12 Strong Effects Of Sexless Marriage On Women”