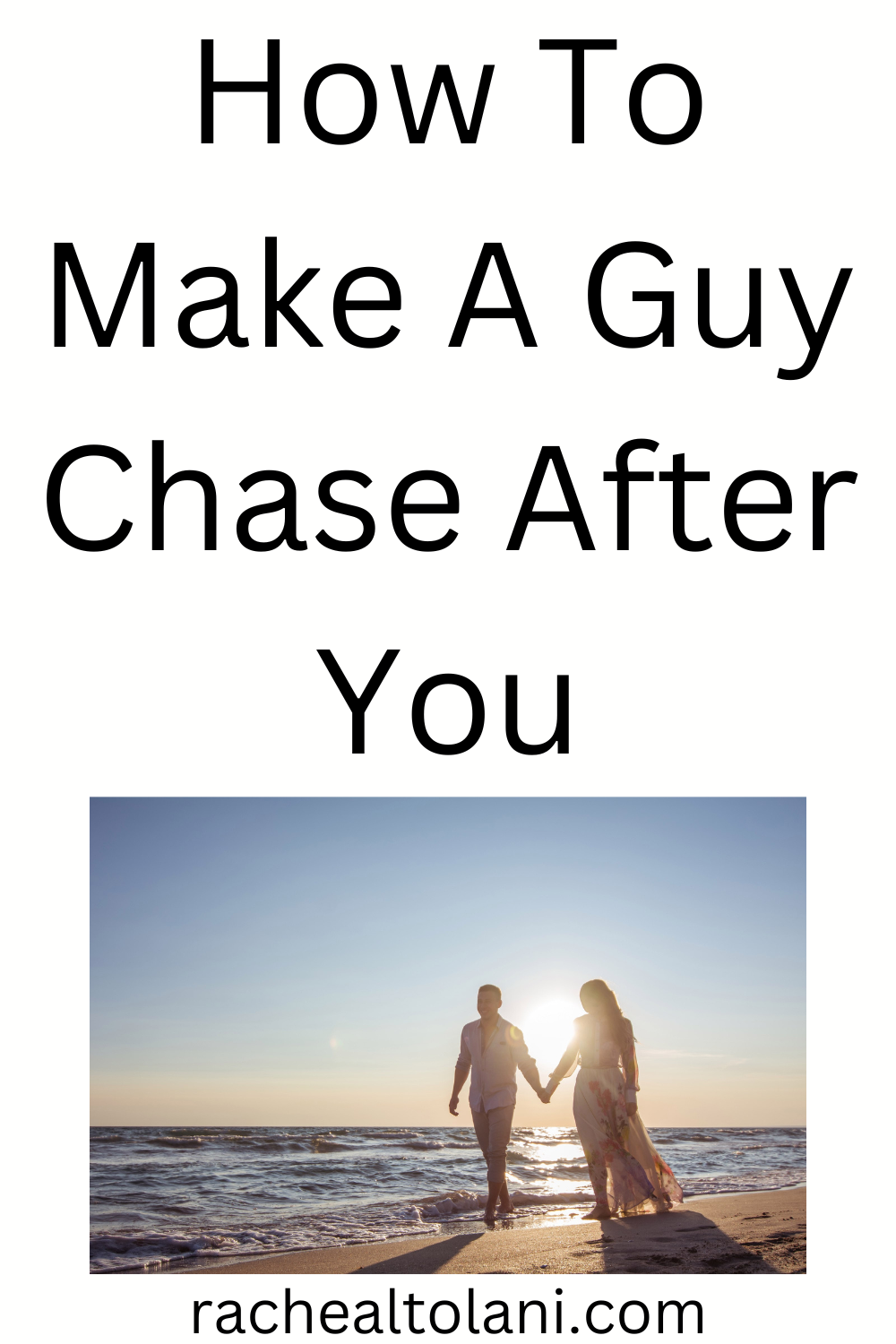 Have you ever been in a situation where you were completely head-over-heels for someone? You would do anything to make them happy and, when they finally paid attention to you, it felt like the best thing that had ever happened. But then suddenly they pulled away and stopped paying attention to you what happened? In this blog post, we’ll explore what really happens when you stop chasing him. Instead, learn how to make a guy chase you. It’s not necessarily what you think. So keep reading if you’re curious.

When you’ve been chasing a man for too long, it can be tough to just give up. You may have invested so much of yourself into the pursuit that it feels like you’re losing everything if you abandon it. But what happens when you finally stop chasing him? Surprisingly, he might start coming after you.

Here’s why: When you’re the one chasing him.

The irony of trying to get someone to like or love us is that often times our actions have the opposite effect. We become obsessed with the idea of winning over somebody we’re attracted to and in turn, push them away. The harder we try, the more they pull away until eventually we exhaust ourselves and give up. At this point, most people assume the other person was never interested in the first place and move on.

He will not respect you

Moreover, when a guy realizes that you’re crazy for him, he will not show you any respect. He will treat you like trash because you didn’t give him any chance to pursue you.

Will never know your value and worth

A man will never appreciate you if you’re the one that is running after him. You need to stop chasing him around if you really want him to value you in the relationship.

These are what will actually happen when you stop running after him.

When you stop chasing him, you’re finally putting yourself first. And that’s the most important thing you can do for your relationship. By making yourself a priority, you’re showing him that you’re worth his time and attention. And when you do that, he’ll start to treat you the way you deserve to be treated. It’s another tip on how to make a guy chase you.

You will get his attention

Instead of constantly chasing after him, trying to get his attention, you can relax and enjoy your life. When you give him the space to come to you, he’ll realize how much he wants to be with you. And that’s when the actual relationship will start. It’s one of the best ways how to make a guy chase you. This is what will really happen when you stop chasing him.

He will surprise you

What really happens when you stop chasing him? You might be surprised to find out that it’s not what you think. In fact, it could be the best thing for your relationship. Because you allow him to do the needful and you will be amazed how he will show you love and affection.

You allow him to pursue you

When you stop chasing him, you’re giving him the space he needs to pursue you. And trust me, he will pursue you. Men are wired to want what they can’t have, and when you back off, you’re making yourself more attractive to him.

It shows you’re not desperate

But what if we never gave up? What if we kept pursuing them even when it felt like we were getting nowhere? This is where most people go wrong they give up too soon. The thing about attraction is that it’s not static. It fluctuates depending on our availability and perceived level of interest from the other person.

on the other hand, when we pursue someone relentlessly, it shows them that we’re interested and available no matter how hard they try to push us away. As a result, their attraction to us increases because now we represent something that’s scarce and hard to come by. Fortunately, you can learn how to get a guy to like you back as there are several tips when it comes to men and the chase.

So what happens when you stop chasing him and he starts Pursuing you?

First of all, the chase is over. And that’s a good thing. The pursuit is often the most stressful part of a relationship. So getting rid of it can be a huge relief.

Second, you’ll have more time to focus on yourself. When you’re not focused on chasing him, you can spend more time on your own hobbies and interests. This is important because it helps you maintain your own sense of identity outside of the relationship.

And finally, when he starts pursuing you, it will be because he’s genuinely interested in you, not because he feels like he has to chase you. This genuine interest will make the relationship stronger and more lasting. One of the best ways how to make a guy chase you.

So if you’ve been chasing him without success, don’t worry. Just stop. It might be the best thing for your relationship in the long run.

Why you don’t need to worry when chasing him fails

2. You’ll be able to focus on bettering yourself

3. You’ll find someone who is worth your time

5. The relationship was not meant to be, and it’s for the best

6. You’ll spend more time focusing on yourself and what you want in life

7. You’ll be less likely to put up with bad behavior or toxic relationships

8. You’ll find it easier to move on from the past

9. You’ll be more likely to attract better people and situations into your life

10. You’ll learn to love yourself more, which is the key to happiness and success

11. You’ll finally start living your own life, on your own terms

So, what does this mean for you?

In short, if you’re feeling down after a breakup, know that it’s completely natural and you will get through it. You’ll be able to focus on bettering yourself and eventually find someone who is worth your time and energy. Most importantly, remember that you are already complete and happy on your own. Maybe the relationship was not meant to be, and it’s for the best.

It means that you should focus on bettering yourself. You don’t need someone else in your life to make you feel complete you can do that yourself. And when you do find someone who is worth your time and energy, you’ll be happier and more content with yourself.

You will get a better understanding

You can finally break free from the chains that have been holding you back. You’ll find it easier to forgive others and yourself, let go of the past, and attract better people and situations into your life.

You’ll start living your own life on your own terms, and finally be able to achieve true happiness and success.

Loving yourself and taking care of yourself first is key. Once you have that foundation, everything else will fall into place. You will be more attractive to him. Your guy will love and appreciate you more than you can imagine. It’s one of the things that really happens when you stop chasing him and you will enjoy your relationship.

20 Tips On What attracts A Man To A Woman

1 thought on “How To Make A Guy Chase You”