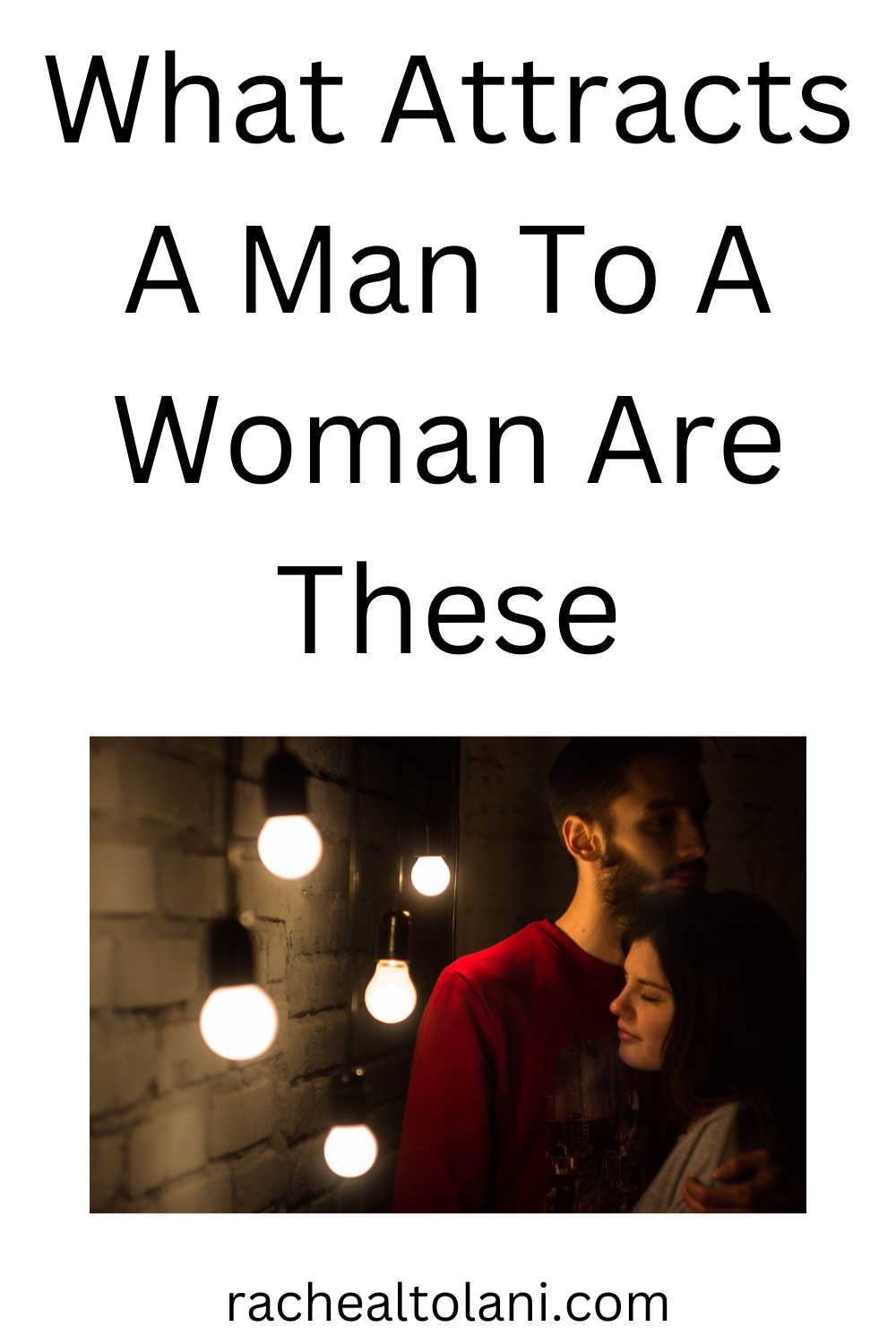 We all know that men are visual creatures. A man needs only to see a woman across a room to decide whether or not he’s attracted to her. But what if I told you that there’s more to it than that? Yes, looks are important, but they’re not the be-all and end-all when it comes to attraction. Many women are looking for love. So here are 20 tips on what attracts a man to a woman that will make you attractive to the man of your dream.

In fact, when it comes to what really attracts men, there are a few key ingredients that are more important than mere physical beauty.

It is no secret that men are attracted to women. But what is it that makes a woman so attractive to a man? Is it her looks, her personality, or something else entirely? Let’s explore what attracts men to women.

What really attracts men to women?

While looks may be the first thing that attracts a man to a woman, it is usually her personality that keeps him interested. A man wants a woman who is fun, exciting, and engaging. A woman who he can have a good time with and who he can enjoy spending his time with. He wants someone he can laugh with and who makes him feel good when he is around her. A positive personality is very important to most men.

Confidence is another trait that can be very attractive to men. A confident woman knows who she is and isn’t afraid to show it. She isn’t afraid to be herself and doesn’t try to be someone she thinks a man will like. She is comfortable in her own skin and knows that she is worth his time and attention. A confident woman is very attractive to most men.

Men are attracted to confident women who know what they want and aren’t afraid to go after it. So if you want to catch a man’s eye, work on exuding confidence in your everyday life.

Confidence is incredibly sexy to a man.

A woman who knows her own worth and carries herself with grace and confidence is very attractive. A man wants a partner who is comfortable in her own sight and doesn’t need validation from others. A confident woman is someone he will be attracted to.

A respectful attitude goes hand-in-hand with confidence. If you don’t respect yourself, it’s unlikely anyone else will either. Showing courtesy towards others demonstrates you possess the ability to empathize which again plays into how much people will want to spend time around you as well.

A nice personality does matter after all! Men won’t like you if you are rude and straightforward for no reason… Instead, men do find attractive women who are kind and caring. A woman who knows how to deal with a situation smoothly is also appreciated by men.

20 tips on what attracts a man to a woman are highly recommended.

A man is attracted to a woman who is intelligent and can hold her own in a conversation. He wants a partner with whom he can share ideas and have stimulating conversations. A woman who is smart enough to challenge him and keep him on his toes is very attractive to a man.

However, two things that studies have shown repeatedly are major attractors for both sexes. Furthermore, people who lack manners come across as thoughtless and selfish traits that no one wants in their long-term partner or indeed in any kind of relationship.

Basic etiquette such as table manners might not seem like an important consideration but first impressions matter a lot so start practicing your “please”and “thank you” from an early age! It will help you in your future relationship. It shows you’re well-trained and very cultured.

Inner beauty matters too! Everyone knows at least one person they initially thought was unattractive but grew more interested in over time because they realized how kind, witty, intelligent, and funny they were underneath their exterior.

One of the things that attract men to women is a good sense of humor. Studies have shown that men are more attracted to women who can make them laugh. So if you want to attract a man, focus on being fun and lighthearted.

A sense of humor is one of the most important qualities that a man wants in a partner. He wants someone with whom he can enjoy life and have fun. A woman who can make him laugh is someone he will be attracted to. 20 Tips On What attracts A Man To A Woman will put you on the right track to attracting a guy you really love.

A genuine smile is one of the things that attract men to women the most. When you smile, it shows that you’re happy and approachable. So if you want to make a good impression on a man, don’t forget to smile often!

Men are attracted to full, sexy lips. This may be because lips are a cue for fertility. They like kissing which has been linked to sexual attraction. Whatever the reason, make sure your lips look their best by using lip balm or gloss.

Another thing that attracts men to women is beautiful eyes. Eyes are the windows to the soul, so make sure yours convey warmth and kindness. You can also use your eyes to flirt with a man by giving him lingering looks or even batting your eyelashes at him!

The way you move can also be an intriguing thing that attracts men to women. When you are specifically, gracefulness and fluidity of movement command attention and exude confidence both attractive qualities! So if you want to turn heads when you walk into a room, focus on having good posture and moving elegantly.

Generally, men love to hold their women’s waists. It’s another area of attraction to them. So keep your waist in good shape.

Long legs are another part of your body that attracts a guy. Even though you’re short, try to put on high heels to portray your long legs. They find it sexy and attractive.

Scent Smell also plays a role in attraction. The right scent can definitely attract men toward women. In fact, some studies have even shown that certain scents can increase sexual arousal. So if you want to turn up the heat, find a scent (whether it’s perfume, lotion, or shampoo ) that you love and that makes you feel confident. It is another tip of 20 tips on what attracts a man to a woman.

What clothing do guys find attractive on girls? Something form-fitting (but not too tight), something that shows off your curves without being too revealing, and something unique. A pop of color or an interesting pattern can definitely help get his attention.

The closer you stand to someone, the greater the chance of attraction developing between the two of you. This is because when we’re close to someone our bodies produce pheromones. It’s a chemical that triggers responses from other individuals to who we have been exposed to.

So if you want to catch his eye from across the room, try making your way over to him so you’re standing close by. It’s romantic and it’s healthy for your relationship.

These are just a few of the things that attract men to women. There are, of course, many other qualities that might be important to individual men. But these three qualities are definitely at the top of the list for most men. So, if you’re wondering what attracts men, remember that it does not just look; it’s also intelligence, a sense of humor, and confidence. All of these things work together to create an irresistible package that men just can’t resist!

Also, so even if you don’t look like Kate Moss or Brad Pitt right now remember that attraction isn’t just about physical appearance. What really counts is what’s going on inside your head too!

Are you looking for love?

If you’re wondering what attracts men to women, you’re not alone. It seems like a mystery, but there are actually some very specific things that make a man more attracted to a woman.

The Important Keys To A Lasting Relationship/Marriage