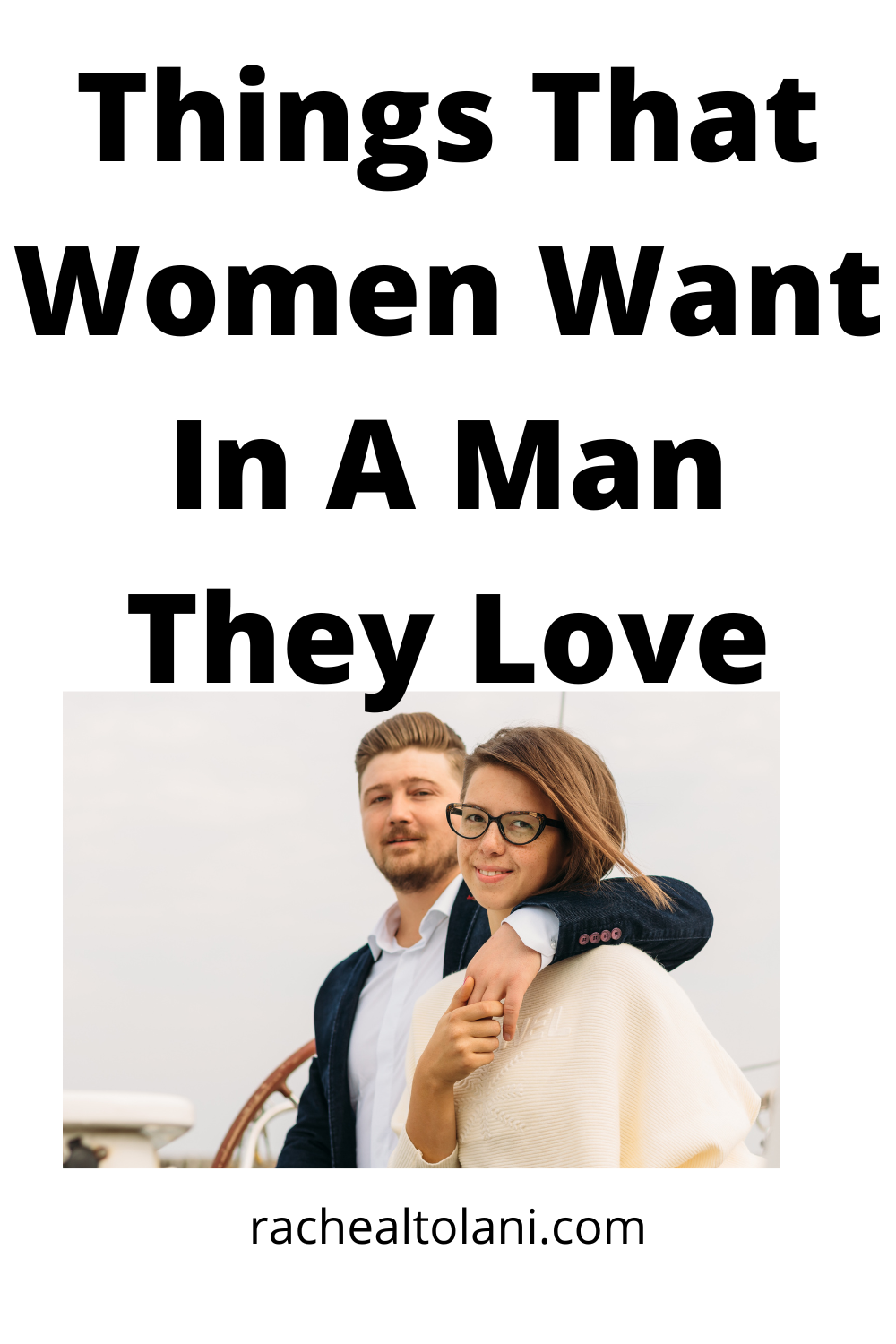 As a man, you don’t necessarily need to show or prove how powerful, strong, or rich you are before a woman will fall for you. Women generally want men who will understand them, love them for who they are, and be fair enough. Every woman wants a man who is romantic and friendly so that she can express her feelings naturally. It helps to keep the fire of romance burning in the relationship. Women are sensitive to love and affection. So the 11 things that women want in a man cannot be overlooked.

When you meet a guy, it is difficult to know if he’s a good man or not. Even though he might have all the physical qualities but what ladies generally want is more than appearance.

Since there’s no reliable assessment that can predict whether someone is going to be a good match for you or not; no dating-site algorithm can accurately predict the human heart. Human beings are unpredictable. Therefore it is good to understand what women actually want from men.

Here are some specific qualities that women want and cherish from the men they love.

What women truly want from their men

Women want to be around a man who stays by his word. Integrity is one of the keys to a successful relationship. A man of integrity will never do what will drag his name in the mud. He will distance himself from anything that will bring shame to his family. That’s one of the things that women want in a man.

His life principle will shape his attitude and help him to be the best partner. A man of integrity will appreciate the core value of others and treat them kindly and fairly. Integrity helps to build up the bond and strengthen the relationship.

The way every man wants to be respected is the same for every woman too. Women love and cherish respect. Mutual respect goes to both sides, even though some men think only men should be respected why? When you truly love your partner, you will give her that respect she desires. Whenever the relationship lacks respect, it’s on the verge to collapse. In terms of romantic relationships, even when you’re angry or disappointed by a partner, respect should be maintained. That shows you are mature. Otherwise, everything about the relationship will be affected.

It’s very obvious that it is men who are always talking about respect. It’s good but men should also know that women need respect in a relationship. It makes things work well the way they should. Of the 11 things that women want in a man, respect is one of the best.

The majority of women have communication skills, they always want to talk. Having said that, they want men that will listen and keep the communication gap open for them. They want to be able to talk to their men freely without any fear. It’s part of what makes women special. There should be regular communication and both verbal and non-verbal is essential for a healthy relationship.

When your partner wants to tell you about what is bordering her and you seem don’t have time or ask her to keep shut her mouth. It’s not healthy, women don’t want men like that. They want men that have good ears that can actively listen to whatever they want to say.

Every woman loves a man that is honest and is a man of his word. Don’t make any promise that you’re pretty sure you can’t keep. A woman can still love you if you’re sincere, rather than telling lies and making excuses to cover up. Honesty is one of the things that a woman wants and it’s an important key to a long-lasting relationship.

This is another wonderful thing that every woman wants and desires from their man. No woman will like to be with a man who is not responsible. We want a man that takes full responsibility for his actions and behavior. A woman doesn’t like a man that will be shifting blame rather than accepting and being in charge of the home.

In a relationship where man fails to accept his responsibility, conflict and hot arguments are bound to happen always. There will be no peace in such a home. There is always a bridge in communication that affect your partner emotionally. It’s another lovely tip from 11 things that women want in a man.

Trust is another essential key to a blissful relationship. A woman wants and needs a man that is trustworthy. Someone, she can be boast and proud of even when he’s a thousand miles away. That’s the kind of man every woman loves to have as a partner. No woman will like to fall in love with a man that will break her heart. Women want a man they can confide in without any fear.

Every woman is looking for a man who is stable in every area. According to the marriage counselor duo and authors of the 30th Anniversary edition of Getting the Love You Want, Harville Hendrix Ph.D. says “Stability means emotionally stable (so not flying off at the handle), then economically stable, and also relationally stable,” Hendrix says. If you’re not familiar with the third part, Hendrix explains that it means you can count on him to be predictable, and reliable and that he’s essentially someone you could rely on if you owned a home together or had a child with him.

This is one of the best things that every woman wants in a man. A man who will see you like himself. Even though a man is the head of the home but should not see his partner as a slave or subordinate to him.

If you’ve ever felt less than or silenced in a relationship, it might be because your partner wasn’t treating you as their equal. “The cultural discrepancy between equality that’s been around for thousands of years where women were unequal to men in every way, socially, economically, politically sexually, that’s changing,” Hendrix says. “Now women want to be seen as equals to men and not have to compete with men for dominance.

In a relationship or marriage where equality is applied, their love and affection for each other are strong. Joy, happiness, and long-lasting relationship is inevitable.

Women as the weaker vessels, they want a man that can protect them.

Hendrix says this one is non-negotiable. “Women want to be with someone who they feel safe with at all times. They want to say ‘With you, I feel safe. I don’t have to be defensive. I know that when I’m around you, I’m going to be okay,'” Hendrix says.

Women love a man who will accept them the way they are. Even though they want a man who can correct them with a positive mind and love. But not a man who is always criticizing and making you feel bad about yourself.

If your man is trying to change you, then he isn’t the man for you. “[Women] should be looking for a man who isn’t assessing them and constantly trying to upgrade them or improve them,” Hendrix says. “We tell our daughter when you feel judged by the guy, export him to the door or leave yourself.” When someone criticizes or judges you, they’re saying you’re not okay as you are, you have to change and then I’ll accept you, says Hendrix.

14 secret habits of a happy couple

How To Fall In Love Again With Your Partner