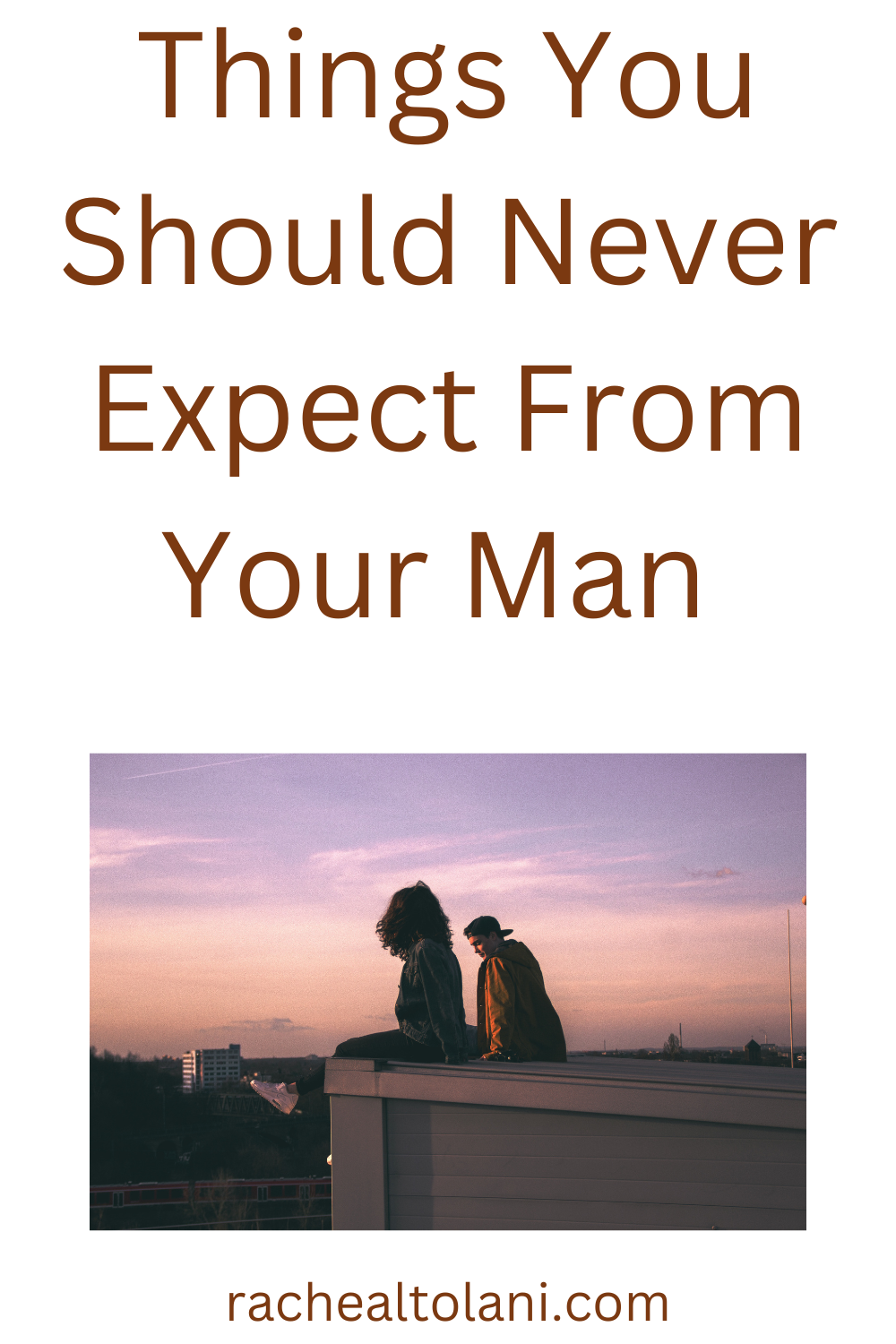 When you get married, you expect the person you’ve chosen to be with for the rest of your life to love and cherish you. You don’t expect them to take advantage of you or mistreat you in any way. Unfortunately, not everyone lives up to these expectations. If you’re finding that your husband isn’t meeting your standards. It’s because of your high expectations. Therefore, things you should never expect from your husband are highly recommended to every woman.

You need to understand your man

Husbands can be amazing, wonderful people. They’re usually the ones who take out the trash and do the grocery shopping without being asked. But they’re not perfect. Husbands can also be frustrating and sometimes difficult to deal with. However, if you’re married, it’s important to understand these expectations before you get too upset when your husband doesn’t meet them.

For you to be happy in your marriage/relationship, So here are some things you should never expect from him.

That he’ll always be in the mood for sex

Just because you’re always ready to go doesn’t mean he is. Understand that there will be times when he’s just not in the mood and you shouldn’t take it personally. Meanwhile, understanding matters in every relationship.

He will always help you do all of the housework

When you share the workload and don’t expect him to be your personal maid. Just because he’s the man doesn’t mean he has to do all of the chores. He can help you but don’t be authoritatively sharing his own duty for him in the house. It can never work. That your expectation will always bring conflicts between you. Instead, ask him politely for help. Generally, men love recognition as the head of the house.

He should help you on your own time

Your man can help you to do some things, but don’t expect him to do it at the time you want. It will sound as if you’re commanding him. Or he should do it the way you actually want. Men get irritated when you give them time.

Think that he will always have time for you

He’s busy, you’re busy. It’s just a fact of life. Don’t expect him to drop everything whenever you want his attention. Women need to understand this. He cannot give you attention 24/7. Schedule quality time together and respect each other’s schedules. At the same time, there will be peace.

Don’t expect that he will never look at another woman

This is the reality. Let’s face it, we all look at other people sometimes even though when we’re in a relationship. It doesn’t mean he’s not attracted to you or that he’s cheating on you, it’s just human nature. You need to know that men do attract to what they see and it’s normal. Remember you’re not going to be around him every minute.

However, whether you’re there with him or not, he will still look. But know this for sure, you’re in his heart and he loves you.

He’s not going to be a mind reader

Mind reading is not one of his superpowers. So don’t expect him to always know what you want or need without being told explicitly. Communicate with each other and let him know what would make you happy.

No matter how well you think you know each other, there will be times when he just doesn’t understand what you’re thinking or feeling. Don’t expect him to always know exactly what you need. Sometimes you’ll have to tell him explicitly what that is. They can also forget, that’s the truth.

That he’ll never make a mistake

We’re all human and we all make mistakes including our husbands. Cut him some slack and try to see his mistakes as opportunities for growth instead of proof that he’s a bad husband. Meanwhile, try not to dwell much on his weak side. However, it will help him a lot, just like you will like him to do for you.

That he’ll never get angry or upset with you

Just like you, he’s allowed to have negative emotions too, he’s not a robot. Accept that there will be times when he gets angry or upset. And try to work through it together instead of taking it personally or getting defensive. Learn to be open to correction and accept your fault if you’re wrong.

He’s not going to be your personal chef

Sure, he might make you breakfast in bed on occasion, but don’t expect him to whip up gourmet meals every night. If you’re looking for a five-star dining experience, you’ll probably have to go out to eat.

He’s not going to be your fashion consultant

Your husband might have good taste, but don’t expect him to give you fashion advice on what to wear. Sometimes he can do that but not always. It’s not that he doesn’t care about how you look. Meanwhile, he just doesn’t think about fashion the way you do.

He’s not going to be your social secretary

You can’t expect your husband to keep track of all your social engagements and make sure you’re always where you’re supposed to be. That’s your job. So don’t be angry with him when you come late to your own personal outing. Because he didn’t remind you.

Expect him to change his personality

There is no man that likes to do that. If he does that, the relationship can never last because he just wants to please you for a while. His real identity can never be hidden for so long. So you should never expect him to change his personality for you. It’s dangerous for the relationship to grow.

But on a much less poetic note, there are certain things that you should never expect from a relationship, no matter what happens. Even if the sky falls, you cannot accept certain dynamics and behaviors.

He’s not going to be your 24/7 support system

You have to understand that your man can never be with you every second. That’s not going to be possible. You have to rely on your own self. You should be able to support yourself and be in charge of your own life. You’re not a robot so be wise. He has a human nature. Remember he has his own self to take care of too.

He should always put you first

You should never expect him to always put your needs first. He can do that occasionally but not always. Otherwise, that’s selfish. He can love you but not above his own need.

You should never expect him to be psychic

This is probably most husbands’ Achilles heel. Our men cannot know everything. Even though they’re the head of the family, we should know that there is a limitations to everything.

Limit your expectation if you want to be happy with him

When you’re in a relationship, you expect certain things from your partner. You expect them to be supportive, loving, and understanding. But what happens when your partner doesn’t meet those expectations? If you’re finding yourself constantly disappointed with your husband, it may be time to reevaluate your relationship.

You’re expecting a lot from your husband. You want him to be your best friend, your confidante, and your partner in crime. But let’s face it and be honest with ourselves. He’s not always going to be perfect. In fact, there are some things you should never expect from him at all.

Be realistic and communicate with him effectively

The key is to communicate with them openly and honestly, letting them know what we do and don’t appreciate, and working together to build a relationship that satisfies both of our needs as best as possible. Because unrealistic expectations can destroy and weaken our relationship. What have you found to be the most effective way to communicate with your partner? Has it changed over time? Let us know in the comments!

So, the next time you’re feeling frustrated because your partner doesn’t seem to know what you need or want, remember that he can’t read your mind. And, most importantly, don’t forget that he is human and will make mistakes sometimes. If you keep these things in mind, hopefully, you can have a more understanding and forgiving relationship with the man in your life. Thanks for reading!

17 Things That Men Find Unattractive In A Woman

1 thought on “Things You Should Never Expect From Your Husband”