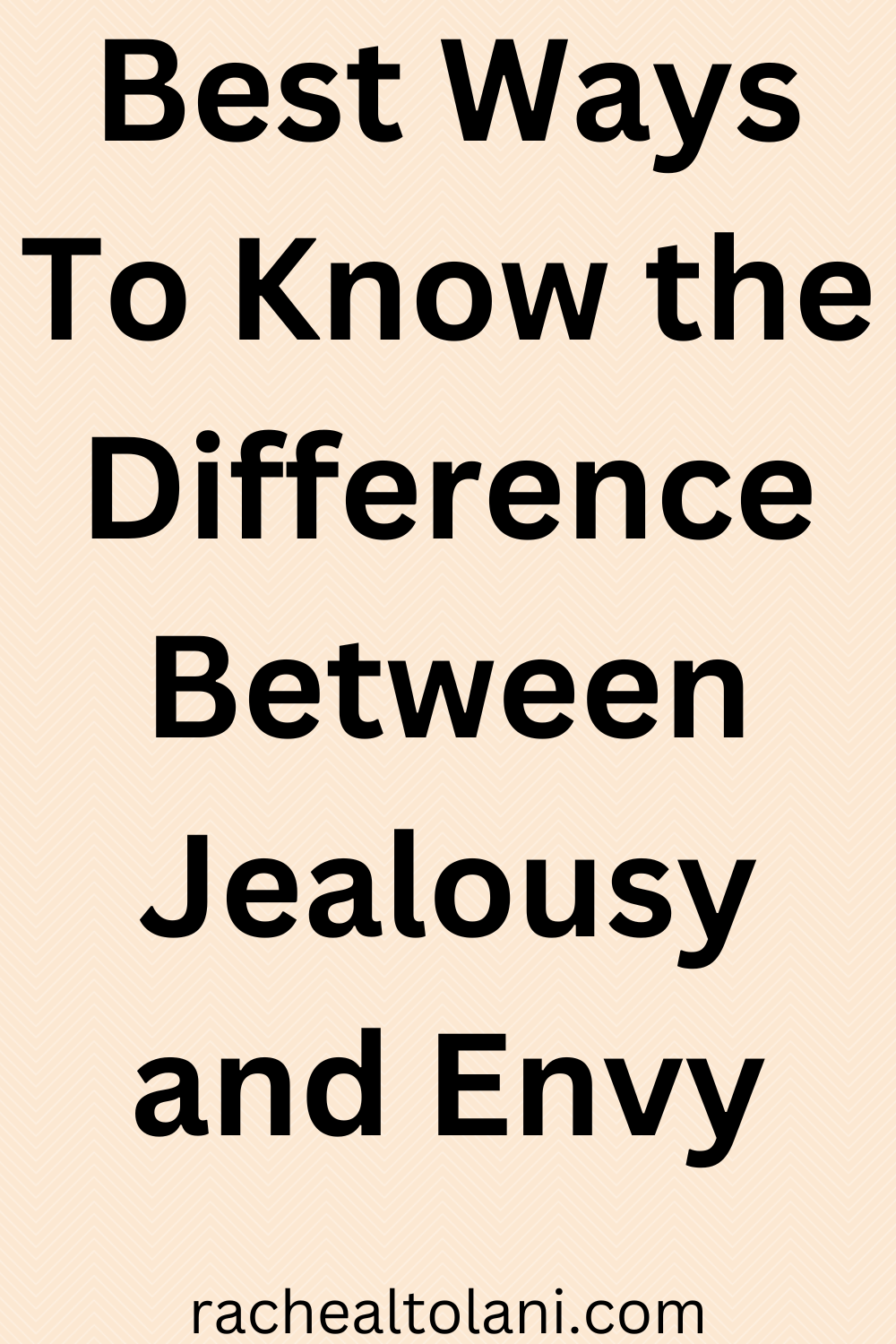 Have you ever found yourself feeling a twinge of envy when your friend got that promotion, or a pang of jealousy when your partner had lunch with someone else? If so, you’re not alone. We’ve all felt these emotions at one point or another. But do you know the difference between them? Let’s take a deeper look into the two emotions, and how to recognize which one you are feeling.

How to differentiate between jealousy and envy

Do you have feelings of resentment when someone else succeeded in something that you wanted to do or achieved something that you’d been striving for? It could be anything from getting the job you wanted, to finally becoming debt-free. This feeling is often referred to as jealousy or envy. And while these words are often used interchangeably, they actually have very different meanings.

At first glance, it can be difficult to tell the difference between jealousy and envy. Both involve feelings of resentment, insecurity, and coveting what someone else has. However, there are subtle differences in their nuances.

Jealousy is an emotion that many of us experience from time to time. It’s characterized by feelings of insecurity, inadequacy, and inferiority. When we feel jealous, it means that we are concerned about our own standing in comparison to someone else. We think their success has diminished our own worth in some way. In other words, jealousy is rooted in fear. The fear of losing something (or someone) important to us.

On the other hand, envy is more about admiration than fear. It arises when you want something that belongs to someone else but doesn’t feel threatened by it in any way. Instead, you simply admire their success or good fortune and wish that you had it too. Envy doesn’t necessarily involve feeling jealous of another person. Instead, it’s just about wanting an experience or outcome that somebody else has enjoyed but that hasn’t been available to you yet.

Envy also differs from jealousy in terms of how it’s expressed. While jealousy usually manifests as anger or resentment toward another person, envy tends to be more subtle and understated. People who are envious may feel bitter towards others without actually expressing it outwardly. Whereas those who are jealous tend to show their feelings more overtly through verbal confrontations or physical displays of aggression such as fights or arguments.

Difference between Jealousy and envy

Jealousy and envy both involve wanting something someone else has and feeling resentful because you don’t have it. But that’s where the similarities end, there are some important distinctions between the two emotions.

Jealousy usually involves fear of losing something you already have, like your partner’s affection or attention from someone else. It can also involve fear of missing out on something you could potentially have if circumstances were different. It often comes from a place of insecurity and is rooted in fear, rather than admiration or envy for something someone else has achieved or obtained. It’s a tip of the best ways to know the difference between jealousy and envy.

Envy is a very different emotion from jealousy. While it can be triggered by the same thing. Someone else achieving success or getting something we want. It doesn’t come with the same sense of insecurity and inadequacy that accompanies jealousy.

Instead, envy is rooted in admiration. Admiration for another person’s accomplishments or possessions instead of fear that they have taken away from us somehow. In fact, envy can even be motivating. When we see someone doing what we want to do (or having what we want to have). It can push us to work harder so that we can achieve the same level of success. Best Ways To Know the Difference Between Jealousy and Envy

Jealousy with the feeling of threatened

Jealousy is an emotion that arises when we feel threatened by someone who has something we want. It can be triggered by romantic partners flirting with other people. Friends achieving successes that we don’t have yet, or siblings getting more attention from our parents than us. In essence, jealousy is about wanting to keep something that belongs to us. Whether it’s love, success, or acknowledgment of being taken away by someone else.

Envy is similar to jealousy in many ways. However, it involves wanting something that doesn’t belong to us in the first place, like our friend’s new car or our coworker’s promotion. The key differentiator is that while jealousy is focused on keeping what we already have from being taken away from us, envy is focused on taking something away from someone else for ourselves.

It’s important to recognize which emotion you’re feeling so that you can manage it appropriately.

understanding these subtle nuances can help us better understand our own thoughts and behavior patterns as well as those of others around us. Being able to differentiate between jealousy and envy will go a long way, toward helping us navigate our relationships with others in a healthier way. Best Ways To Know the Difference Between Jealousy and Envy.

Importance of knowing the differences

Learning the distinction between jealousy and envy can help us better understand our own feelings and motivations. As well as those of others around us. Being aware of these two emotions can also help us adjust our behaviors accordingly. So that we can better express ourselves authentically without hurting those around us or compromising our own values in any way. By recognizing both these emotions within ourselves and others, we can learn to understand them better and use them as learning experiences instead of letting them consume us.

Jealousy and envy may sound similar on the surface but their underlying emotions are vastly different. One comes from insecurity while the other comes from admiration and motivation. Knowing how each emotion affects you will help you better understand your reactions so that you can work on building healthy relationships with yourself and others. After all, understanding how your emotions affect your life is one of the keys to finding happiness.