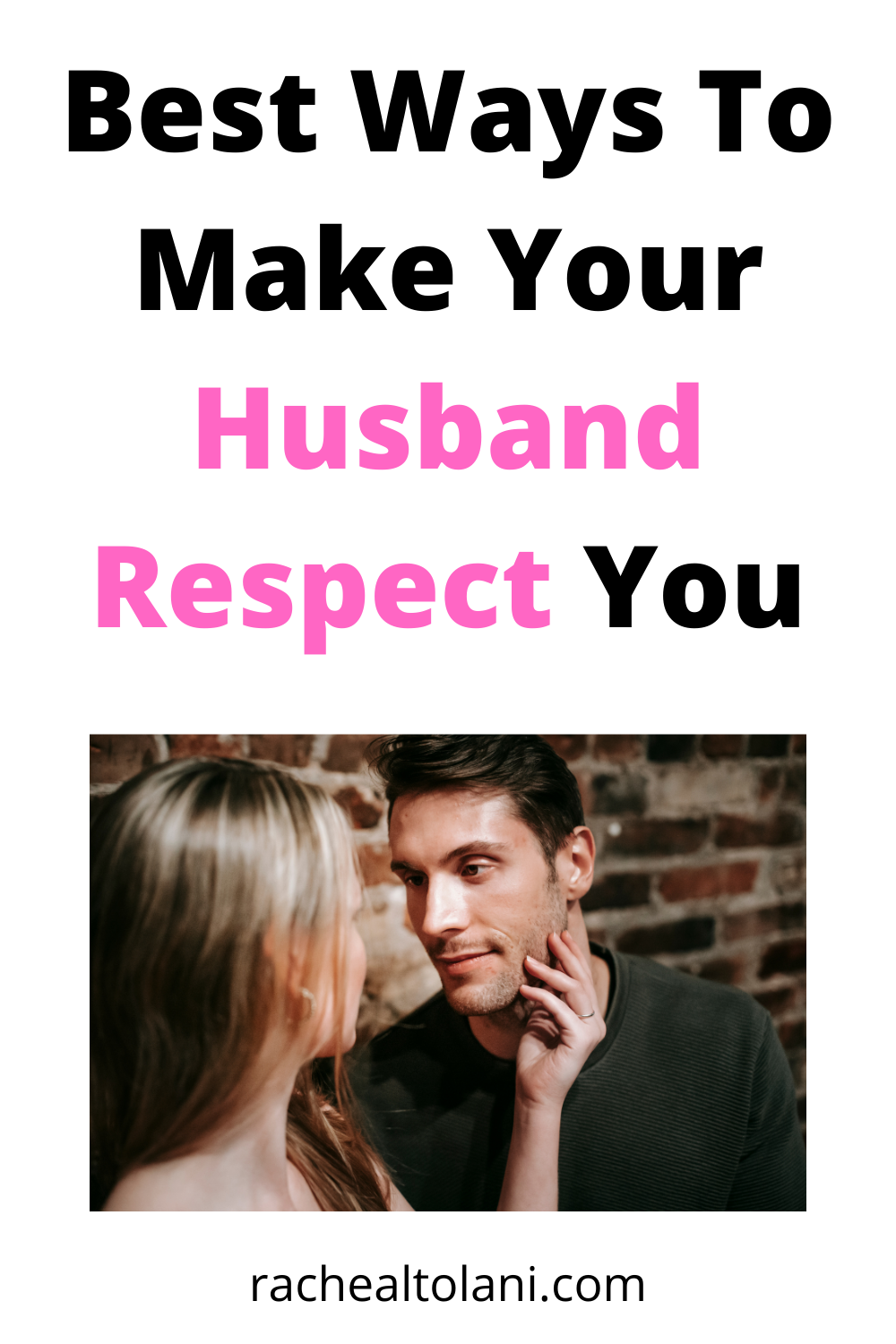 Respect is reciprocal, when you give it, you get it in return. It’s something that you cannot make but earn by first giving it to others. It is impossible to think that you can make or force your husband/partner to respect you when you’re not even ready to respect yourself. Respect starts with you if you really want any man to respect you. These 10 effective ways how to make a man respect you cannot be underestimated.

This is because respect plays a huge role in a healthy and blissful marriage or relationship.

If you can work on your attitude, then he will be able to give you the respect that you deserve. Since it is difficult to control others but very easy to control oneself by changing the behavior that makes others disrespect you.

When you first like yourself, you have defeated a lot of battles on the way that will make others like and respect you, also your man. I think respecting yourself goes in two ways both inside and outside, because everything comes within before it reflects outside. This means you need to be happy with yourself.

Have you wondered when you see some men outside how they treat and respect their wives and you want to know why? Respect doesn’t come just like that, there must be some behavior that attracts such respect. Do you also want your man to respect you? Do you think it’s impossible for any man to respect you not even your man? It’s very possible if you can include some of these tips in your daily actions. Then you’re ready to earn respect from a man.

Here are some effective ways to make a man respect you.

What makes a man respect a woman

You should add great value to the relationship and this makes your partner give you high respect. When a man knows your worth you’re more than just a partner. You earn more respect. When you’re actively participating in the interest of the relationship. Moreso, you’re responsible and doing your part effectively, you’re a candidate of respect to any man. 10 Effective Ways On How To Make A Man Respect You

Always keep to your promise

If someone cannot keep to his/her promise, people see it as a lack of respect. It’s the same in any relationship. if you want your partner to respect you, you have to be a promise keeper. Because promise and commitments go hand in hand. When you say something and you stay by it reveals your level of commitment to your partner.

It takes deliberate action to keep to your promise all the time. And if you can do that it’s one of the best ways to earn respect from a man.

When you did something wrong, say sorry with a genuine heart and feel sober for your action. Don’t wait for your partner to demand sorry before you tender your apology. Let it be part of you, after all anyone can make mistakes. Saying sorry is a sign of maturity and makes your man show high respect for you.

Mutual respect is one of the prerequisites for a strong and healthy relationship. Because someone you cannot respect, it will be very difficult to have true love and to submit to him.

Do you know when you’re sorry makes you avoid unnecessary arguments between you and your partner? A timely apology is a good weapon for a healthy and blissful home.

Learn To Be Punctual

Avoid coming late for an important event that your partner invited you to. Especially for a new date, you’ve always been coming late. Learn to plan ahead of time, men generally respect women who value time. As an adage says, time is money. Your man will respect you if you’re a good timekeeper, not only to your new crush but even in a marriage and at work. You will command more respect when you make punctuality your habit. 10 Effective Ways On How To Make A Man Respect You

Avoid gossiping about Him

How do you discuss your relationship/marriage issue in the presence of families and friends matters? What are you saying behind him? Are you saying what will make your friends and family disrespect or respect your man? How do you think he will feel if he hears about your discussion later? All of these matter if you want your man to respect you. Learn to speak well about him, especially behind the scene.

If there are some issues that are not yet resolved, your man will appreciate and respect you if you can come together as one to settle rather than saying it to the third party, especially in his absence.

Don’t be a robot

Men generally like women who come with their own opinion during decision-making. Don’t just accept everything or be pushed around. Men do appreciate it when their women contribute their own interests and ideas to the progress of the home. He will value and respect you in that way when you always rob minds together.

Avoid not pleasing him always by keeping silent and being bitter inside. I’m not saying you should disrespect him but at least say your own perspective and let your voice be heard.

Arrogance is a bad character that always makes a man disrespect a woman. It does not matter how old a man is, when a woman is not humble, no man will respect her. Humility is key to earning respect from a man. Is a must-have if you want your man to respect you.

You will command not only respect but also a good way to learn from anyone when you’re humble. 10 Effective Ways On How To Make A Man Respect You

Humility is one of the solid elements in building a long-lasting relationship.

Simply put, you can’t be reactive and let your man dictate everything you do.

You have to respect each other’s opinions if you want your relationship to be cordial. He will respect and develop more love for you. Also, he will respect you when you allow good communication and reasonable conversation on every issue. Instead of shouting and turning it into an argument that will lead to a very big fight.

Remember it’s not every subject you will debate on, it will make you lose your respect.

For your partner to respect you, you have to avoid calling him names. Learn to avoid those terrible words especially when you’re angry. Whenever he remembers those F words you called him will make him disrespect you, so be cautioned on what you say.

This is another way that makes a man respect a woman. When you show that you’re interested in what he’s saying by paying attention. It’s part of giving him respect and he will surely appreciate and respect you for that. Especially during a trying time, when he needs someone’s shoulder to lean on. He will never forget that gesture and rate you high with respect.

Learn to say no politely when you cannot accept his offer instead of making what we call white lies. When he finds out that you’re lying, It will not only make you lose respect but you will also lose your integrity. So don’t say yes when you mean no. Also, avoid exaggerating. You earn more respect when you are honest and say things the way they are.

It’s very important to get respect from your partner. Respect yourself first, then your partner and other people around you. When this is flowing between you, a healthy and long-lasting relationship is inevitable.

12 Ways On How To Know You Love Someone

30 Ways On How To Compliment A Guy